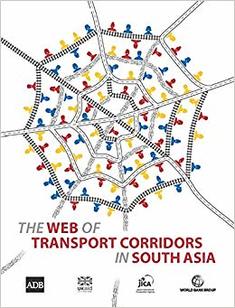 Peter was part of a team that wrote a major report on The Web of Transport Corridors in South Asia for the World Bank.

Published in August 2018, the report was a joint effort between the World Bank, Asian Development Bank, Japan International Cooperation Agency and the UK's Department for International Development. It looks at the ways in which infrastructure and investment stimulates growth - but also at the socio-economic and environmental impact of greater connectivity. To read, click here

Peter co-edited, with Steven Brakman, Harry Garretsen and Charles van Marrewijk, a special volume of the Cambridge Journal of Regions, Economy and Society focusing on The Belt and Road Initiative. It was published in the spring of 2019.

Peter is Series Editor of a major new multi-volume Cambridge University Press series that is centred on the history of Constantinople.
The first volumes in the series will be published in 2020. 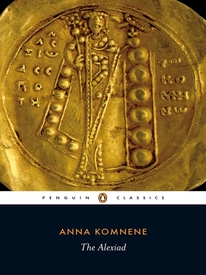 Peter's translation of The Alexiad by Anna Komnene for Penguin Classics appeared in 2009. One of the crown jewels of Byzantine literature, it was written in the 12th century by daughter of the Emperor Alexios I Komnenos (r. 1081-1118). Narrated in flamboyant style in florid Greek, it draws on a stunning array of documentary sources, letters and campaign notes, The text captures the Byzantine Empire at a momentous point in its history, and provides a riveting - and much misunderstood - window to the past. 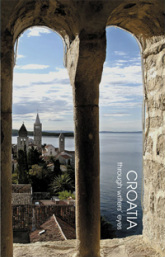 This provides a selection of some of the best travel writing about Croatia from antiquity to the 20th century. Peter sets the scene with an introduction explaining some of the main themes in Croatia's past, from the time the coastline was an important part of the Roman empire to the brutal sack of Zadar in 1202 by the knights of the Fourth Crusade. For centuries, the country was a pivotal location along the trade routes of the Adriatic, and a pawn in the competition between Venice, Hungary and Constantinople. Things changed dramatically with the advance of the Ottomans into eastern and central Europe - and then again as World Wars scarred this part of the world. This book is a lovely guide that shows how many famous visitors understood Croatia - and how they wrote about their visits. 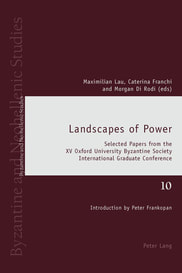 Each year, some of the best young scholars in world gather in Oxford to present papers on their latest research in a conference supported by the Oxford Centre for Byzantine Research.

This volume gathers the best papers from the 15th Annual Conference held in the spring of 2013. Peter's introduction considers how to best address questions about imperial, elite and local power in the Byzantine Empire, and how to best make sense of continuities and changes over a millennium of more than a millennium of history. 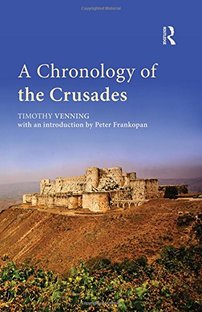 Peter provides the Introduction to Timothy Venning's monumental Chronology of the Crusades, in which he summarizes and contextualizes the Crusade era that followed the first expedition to Jerusalem in 1096.

This book catalogues the events of the 450 years that followed the launch of the earliest efforts to take the Holy City up to the Turkish attack on Belgrade in 1456. Combing the sources across a range of languages, Timothy Venning provides a meticulous day-by-day account of the main developments in this period, charting attacks and counter-attacks, recording appeals for help, noting grants of land, accounting for letters sent to and from the Holy Land, and showing how the momentum finally swung decisively in the Muslims' favour.
Peter has published many articles in academic journals and edited volumes, including:

4. 'And the sight of them was like many rivers streaming from all sides': Byzantine attitudes to Crusades and Crusaders', in N. Hodgson and L. Ni Chierigh, Sources for the Crusades: Textual Tradition and Literary Influences (forthcoming, 2019)

23. ‘Challenges to imperial authority in the reign of Alexios I Komnenos: the conspiracy of Nikephoros Diogenes’, Byzantinoslavica 64 (2006), 257-74.

26. ‘Co-operation between Constantinople and Rome before the First Crusade: a study of the convergence of interests in Croatia in the late 11th Century’, Crusades 3 (2004), 1-13.

28. ‘Some notes on Byzantine foreign policy in the 9th-11th Centuries: was there really such a thing as steppe diplomacy?, Journal of Medieval and Islamic History 3 (2003), 1-11.

29. ‘The Byzantine Empire’, in Literature of Travel and Exploration. An Encyclopedia, ed. J. Speake (London, 2003)

32. ‘Perception and Projection of Prejudice: Anna Comnena, the Alexiad and the First Crusade’, in eds. S. Edgington and S. Lambert, Gendering the Crusades (Cardiff and New York, 2001), pp. 59-76.

34. ‘Levels of contact between West and East : pilgrims and visitors to Constantinople and Jerusalem in the 9th –12th Centuries’ in eds. S. Searight and M. Wagstaff, Travellers in the Levant: Voyagers and Visionaries (Durham, 2001), pp. 87-108.