Peter Frankopan is Professor of Global History at Oxford University, where he is Stavros Niarchos Foundation Director of the Oxford Centre for Byzantine Research and Senior Research Fellow at Worcester College, Oxford. He is also Professor of Silk Roads Studies at King's College, Cambridge.

He works on the history and politics of the Mediterranean, Russia, the Middle East, Persia/Iran, Central Asia, China and beyond.

Peter often writes for the international press, including The New York Times, Financial Times Guardian, and has a regular column in the London Evening Standard.

He has been called 'the first great historian of the 21st century' by the Brazilian press; 'the history rock star du jour by The New Statesman, and simply 'a rock-star historian'  (VLT - Sweden; Helsingin Sanomat - Finland). The Times has called him 'a literary star.'

Silk Roads was named The Daily Telegraph's History Book of the Year 2015. it went to Number One in the Sunday Times Non-Fiction charts, remaining in the Top 10 for nine months in a row, as well as being #1 in China, India and many other countries around the world, selling more than 1.5m copies. It is one of 'ten books that change how you see the world' (The Times). It was named one of the 'Books of the Decade' 2010-20 by the Sunday Times.

His follow-up, The New Silk Roads, is a 'masterly-mapping out of anew world order', according to the Evening Standard, and 'a brilliant guide to terra incognita' (Sunday Times) that is reminiscent of Tolstoy (Daily Telegraph). It won the Human Sciences prize of the Carical Foundation in 2019

In December 2018, The Silk Roads was named one of the 25 most influential books translated into Chinese in the last 40 years, alongside One Hundred Years of Solitude, Pride and Prejudice, Catcher in the Rye and The Great Gatsby. In 2019, he won the prestigious Calliope Prize of the German Emigration Center, one of the richest prizes for the Humanities in Germany.

In 2016-18, Peter's Songlines audio channel in which he chose his favourite pieces of world music was part of British Airways' In-Flight Entertainment system. In 2018, The Silk Roads was chosen as part of the Government of Pakistan's Read to Lead program to encourage literacy in the country. It was the inspiration for a new character in The Vikings mini-series.
He is currently collaborating with Katie Melua and students at Oxford to create music based inspired by The Silk Roads. 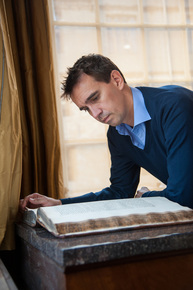 Peter's books The Silk Roads: A New History of the World and The New Silk Roads: The Future and Present of the World are major international bestsellers. They have been or are being translated into more than thirty languages.

'Fearless and brilliant' (The Guardian)

'Immensely entertaining....it is difficult to do justice to a book so ambitious, so detailed and so fascinating as this one.' (The Times)

'A magnificent study....swashbuckling history...written with verve and precision' (Sunday Times)

'No reader will leave The New Silk Roads with her sense of the state of the world unchanged.' (TLS)

'Monumental…prodigious…astonishing. Frankopan is an exhilarating companion for the journey along the routes which conveyed silk, slaves, ideas, religion, and disease, and around which today may hang the destiny of the world’ (Vanity Fair)

'Brilliant threads...a history of the world that shunts the centre of gravity eastward' (The Economist)

'Beautifully constructed, a terrific and exhilarating read and a new perspective on world history (History Today)

'A Herodotus for the 21st Century' (Irish Left Review)

'Formidable and fascinating' (The Times)

'Put simply, a must for anyone interested in history and geography over the centuries.' (VG, Norway)

'Exhilarating...here is a work for our networked age' (The National, UAE) 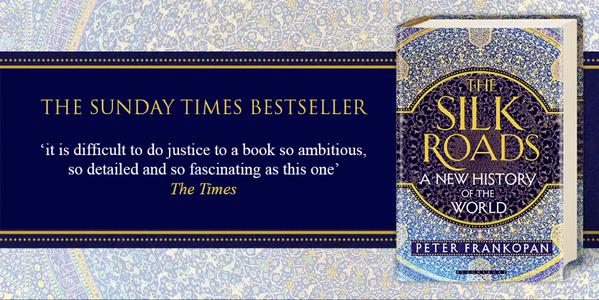